A philosophical review of the Speedland SL:PDX.

The Ford Pinto was a vehicle born of crisis. A combination of tighter emissions standards, a fuel shortage, and the rise of inexpensive vehicles from Japan put the executives at Ford in damage control mode. Engineers and designers were charged with building a vehicle that could compete with the import models while still meeting Ford’s margin targets.

This sort of product development scenario is not unfamiliar to anyone who has worked in a large corporation. The ask is often to do what the competition is doing, but a little bit different (because we’re “innovative”); to work within the bounds of the targeted price category, and to run every decision by a group of executives.

From this common scenario, two patterns emerged that doomed the Pinto:

Specifically related to the Pinto, management by consensus produced an ugly vehicle that was unsafe. The consensus-driven decision-making disregarded much of the input from the engineering and design teams and yielded a profitable, fuel-efficient, underpowered, rolling bomb.

In your career, how many good ideas have you seen turn into rolling bombs?

Over the course of my career, I have had the opportunity to consult with some of the most brilliant engineers and designers across various disciplines and industries. The two who stand out the most are Priya and Dave.

Priya is a software engineering executive working for a well-known logistics company. When I first met Priya she was serving as the engineering manager overseeing a series of software applications that she had built during the earlier days of her career. When I say that she built them, I mean that she built them. On her own, not as part of the team. As the applications proved instrumental in the business unit winning in the marketplace, the organization, technology stack, and Priya’s team, grew.

When I first met Priya, I had been contracted by her organization to help them be more efficient, faster, and to generally learn to behave more like a startup.

At the time, Priya was heavily involved with the work that her team was doing on a day-to-day basis. The team made no decision without Priya’s input, and as a result, few on the team did much creative problem-solving. They knew no matter what they did, Priya would change their solution.

After spending some time with Priya and getting to know the amazing, good-hearted person that she is, I asked her about how she thought her involvement with the team was impacting their ability to deliver value.

It was in that conversation that Priya’s brilliance became apparent. She said to me: “Adam, I want to step away, but I physically cannot. I SEE the code in my mind. When we make changes to the code I can SEE the impact throughout the system. I want to get out of the team’s way, but I can’t turn off what I SEE.”

Priya has a photographic memory. Do you know how on TV programs when the writers illustrate the way a hyper-intelligent individual can SEE a math problem and how the different elements come together? That’s Priya.

After moving some pieces around, Priya took on a role supporting a team that was responsible for applications that she did not personally develop. She moved from a position where she controlled every aspect of the solution, to one where she could coach others to work through complex scenarios and design elegant solutions.

In this example, we begin to understand that over-engaged management is not always a byproduct of a need to control, but sometimes the result of knowing the work too well. In a post-digital age where the world is changing so fast, this, unfortunately, can prove more a liability than an asset.

In the case of Priya, she continues to brilliantly lead and mentor engineers from an altitude that communicates intent and provides air-cover, without the need to get too involved in the details.

The second individual who stands out is Dave Dombrow. When I first met Dave I was consulting for a performance apparel manufacturer in Baltimore, MD. Dave, at the time, was overseeing the organization’s footwear program.

The first time I remember spending time with Dave I was building a co-branded product line to support a veteran-focused non-profit. One of the products in the line was a training shoe inspired by the non-profit’s mission. Why this particular meeting stands out among 20 years of daily meetings (ugh – if you do that math, that is something like 25,000 meetings – barf) is not because of what Dave said or did, it is because of how he took notes.

Where others create bullet points and shorthand, Dave draws.

When I asked him to see his notes, Dave flipped through his notebook and showed me the many pages of footwear design concepts, patterns, and more. At that moment, I knew Dave had a truly unique mind.

One of Dave’s cool sketches.

Throughout the rest of my time at that organization I watched Dave present amazing concepts, only to have them watered down by a group of his peers.

In the years following the end of our time at that Baltimore-based brand, I continued to follow Dave’s journey to Portland, back to Baltimore, and eventually into quasi-retirement.

I tried to imagine the frustration of having so many great ideas torn apart by people with competing agendas.

Did these people believe their ideas and inputs were better? Were they trying to sabotage the idea to keep the competitive playing field level? Did they simply want to put their fingerprints on the concept of another?

In contrast, within a broader context.

In the years since that Baltimore engagement, I have worked with dozens of other organizations. Though none of the contexts or people stood out the way Priya and Dave do, I have seen many mediocre solutions and products brought to market. Sitting through countless meetings listening to people argue over details that I can only imagine no customer actually cares about, I often think back to Priya and Dave and wonder: what could we build if we had the courage to leave solutioning to the creative problems solvers?

Fortunately, Dave has shown us exactly what is possible.

After leaving behind corporate gigs, Dave and his friend and fellow designer Kevin Fallon started a YouTube channel called “Speedhack.” Throughout the series, Dave and Kevin tore into popular footwear and tweaked the products to make them even better. Essentially, they stepped in where the design team had to stop short, likely due to budgets and consensus-driven decision making.

Through the production of Speedhacks, Dave and Kevin were learning what made each footwear design great, how they could make it better, and what individual traits stood out as truly unique. The show turned out to be a research project for their own footwear startup: Speedland and their first product, the SL:PDX.

Oh yea, I forgot this was a shoe review.

Being a trail runner and a fan of Dave’s, when the shoe dropped, I had to pick up a pair. At $375, innovation does not come cheap. But, as Dave reminded me, it is best to think of the SL:PDX not as a shoe, but as a tool. Being a bike and moto-nerd, that was all of the justification I needed. After all, I had just dropped a ridiculous amount of money on a set of titanium footpegs for my dirtbike just to save a few grams of weight. This kind of money for shoes was easy!

In building the SL:PDX Dave and Kevin focused on optimizing fit, traction, durability, cushion, energy management, and sustainability. The shoe looks like it is from outer space, or at the very least, something that would make Elon Musk say “that’s interesting.”

I will let you read more about the SL:PDX in Dave & Kevin’s own words, and skip ahead to my thoughts.

First impression: these are freaking cool.

I have weird feet. When I arrived at Ft. Sill, Oklahoma for US Army Basic Combat Training an entire lifetime ago, the person fitting my boot insisted that I was a size smaller than I actually am. In the months and years that followed, I walked, rucked, and ran hundreds to thousands of miles in boots that did not fit. As a result of that trauma, I have ugly toes, weird arches, and a ton of foot pain. With that context, you can understand why it is difficult to find running shoes that don’t leave me in tears.

When I purchased the SL:PDX I knew that there was a risk that I could never actually run in them. I also knew from talking to Dave and also the experience of my friend Sarah that the Speedland team would go to great lengths to modify the shoe so it would work for me =. Even so, I accepted the possibility that the SL:PDX may end up as decor in my office, and to support Dave & Kevin, I was cool with that.

The second I slipped these kicks on, I knew I would be running them into the ground.

My first run in the shoe was snappy, fast, and pain-free. I am pumped. With a few more runs ahead of my trail race this weekend, I plan to finish validating that my arches are comfy and that no hotspots emerge, but understanding where the shoe comes from, I’m not worried.

I’m a gear nerd, a tech geek, and a sucker for a good story. I am also a systems-thinker, and after evaluating how these shoes can serve as a metaphor for decentralized decision making and the empowerment of knowledge workers, I am super-stoked on where else Dave and Kevin may take Speedland.

In the post-digital economy, I predict that we will see a change. I foresee many more companies like Speedland producing more products like the SL:PDX. With the advent of desktop manufacturing, easy access to unlimited computing power, and the ability to establish supply chains from a mobile phone, the barrier to entry for innovative new products has never been lower.

As consumers, I also think we’re hungry for interesting solutions. If makers give us the opportunity to spend a little more for a better product with a compelling story, I predict that most people will give the smaller brands a chance.

Fortunately, for those who work in large corporations, the message is not all doom and gloom. There are many people, like Priya, who understand the value of creating a safe place for creativity and are willing to take the chance on new leadership styles that give people the opportunity to experiment, fail, learn and evolve.

I spend my days creating structures that are designed to help organizations thrive in the next digital age, the post-digital economy.

The challenge that we take on at Scaled Agile, which is even larger than developing the system of work, is developing an environment and culture that allows the structures to work as intended.

Our goal is to help others develop the world’s most important systems.

My challenge to you is to consider how you can embrace the lessons of Priya’s leadership style and the product development theories of Dave and Kevin.

Thriving in the new system of work requires new leadership patterns and courage.

We need to be sure that the products and solutions we take to market do not bring about another Pinto. In short, don’t build 💩. 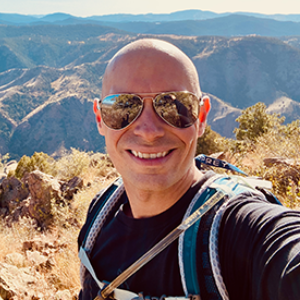 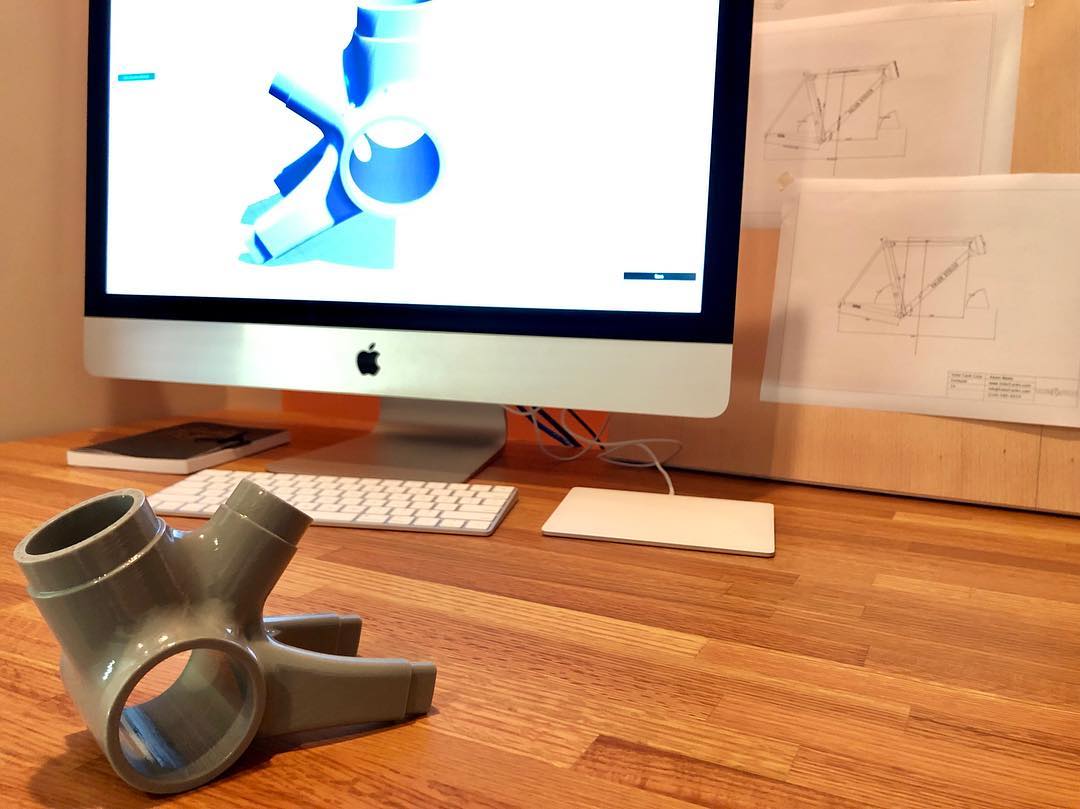 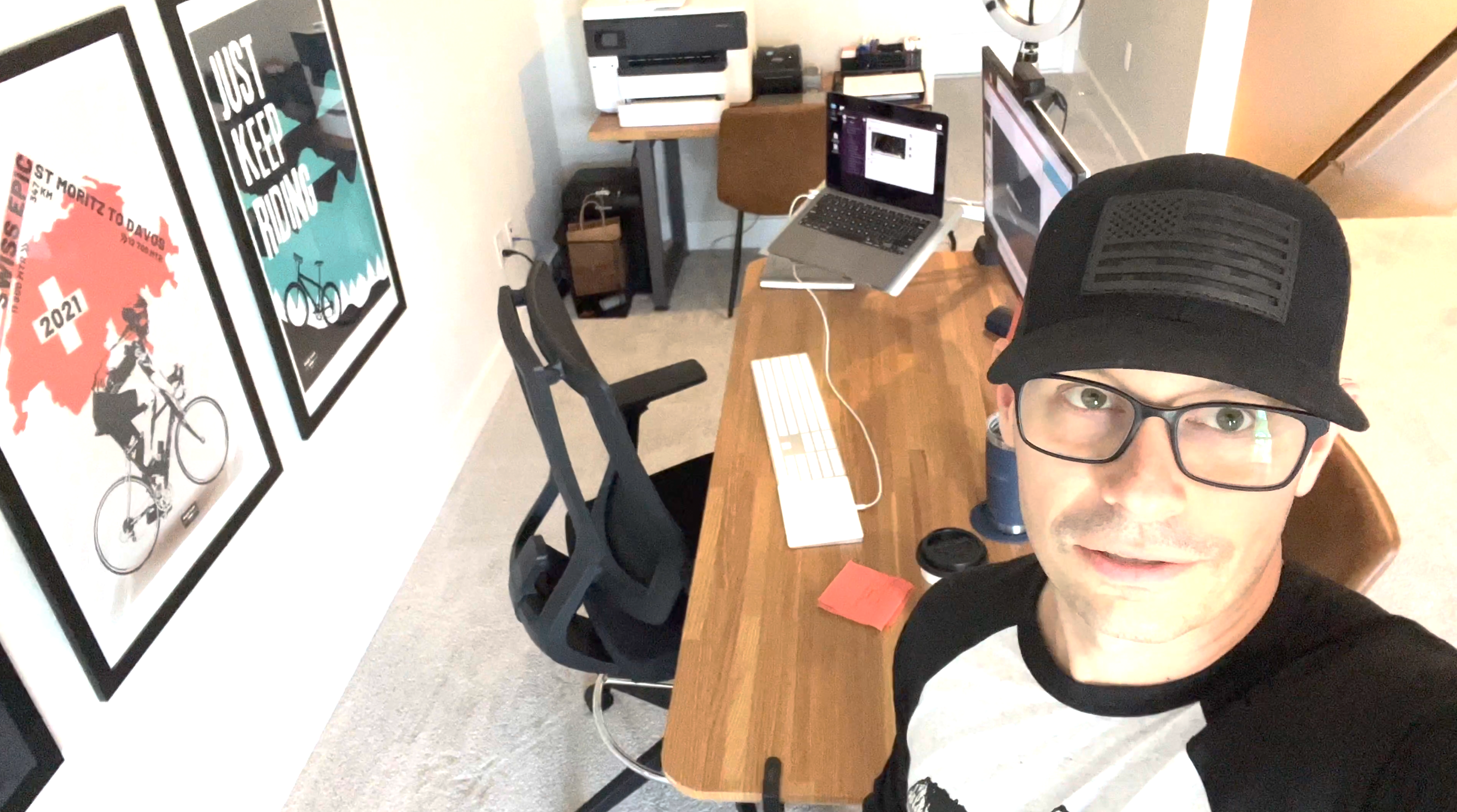